“The core of all this is community building,” Staff said. “How do we get people to know their neighbors again?”

A year ago two former Harvard University classmates built three 160-square-foot houses, hauled them to rural locations outside Boston, and made them available for nightly stays with an odd proviso: Guests would plunk down $99 to book a night in a tiny house, but they wouldn’t find exactly where the house was until the day before. It’s not a literal blindfold, but the intent was close enough—forcing guests to unplug from their busy, overplanned lives and engender a stripped-down adventure.

It worked: Getaway, as the company is called, is currently booked through July at its three Boston-area houses. (If you’re looking for a Saturday night, you’ll have to wait until December.) The company recently completed a fundraising round—it has raised $1.1 million total—and is using the capital to build 10 new tiny houses in the New York City area, where it plans to start operating in June. 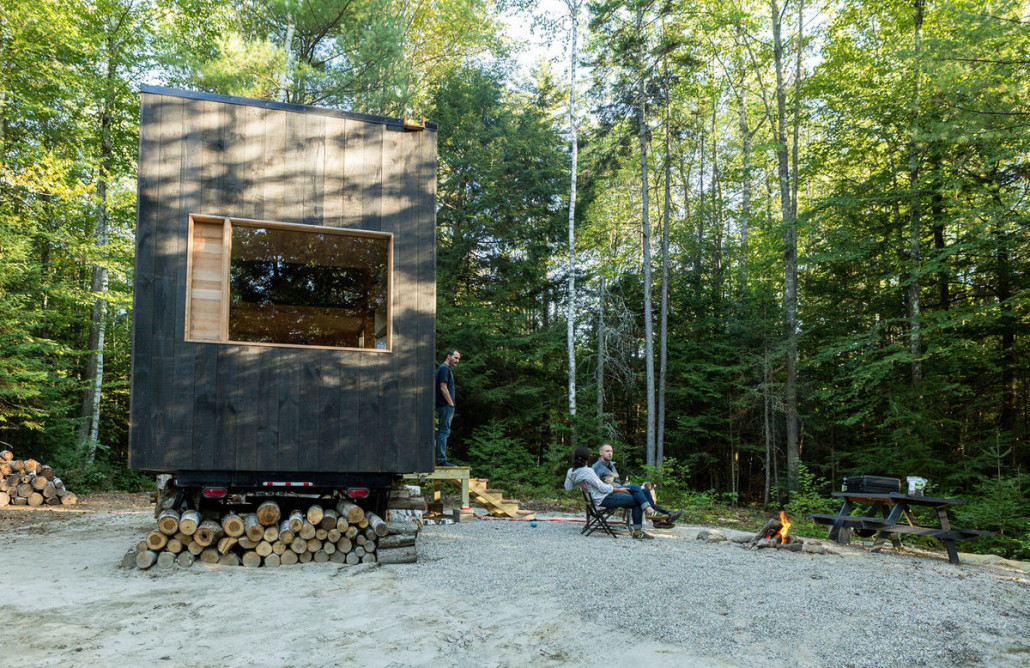 “I like to call it the anti-vacation,” said Chief Executive Officer Jon Staff, who launched Getaway with his friend Pete Davis, a first-year student at Harvard Law School.

For the past half-century, the American vacation model was to spend a small fortune to fly to a faraway place to which the vacationers would likely never go back, said Staff, 28, who is completing an MBA at Harvard Business School. “You’re probably only going to go there once, so you feel incredible pressure to do lots of things.” Now that Americans work longer hours and spend their nights and weekends chained to handheld devices, there’s less call for capital-V “Vacations” and more for basic respite, he said. 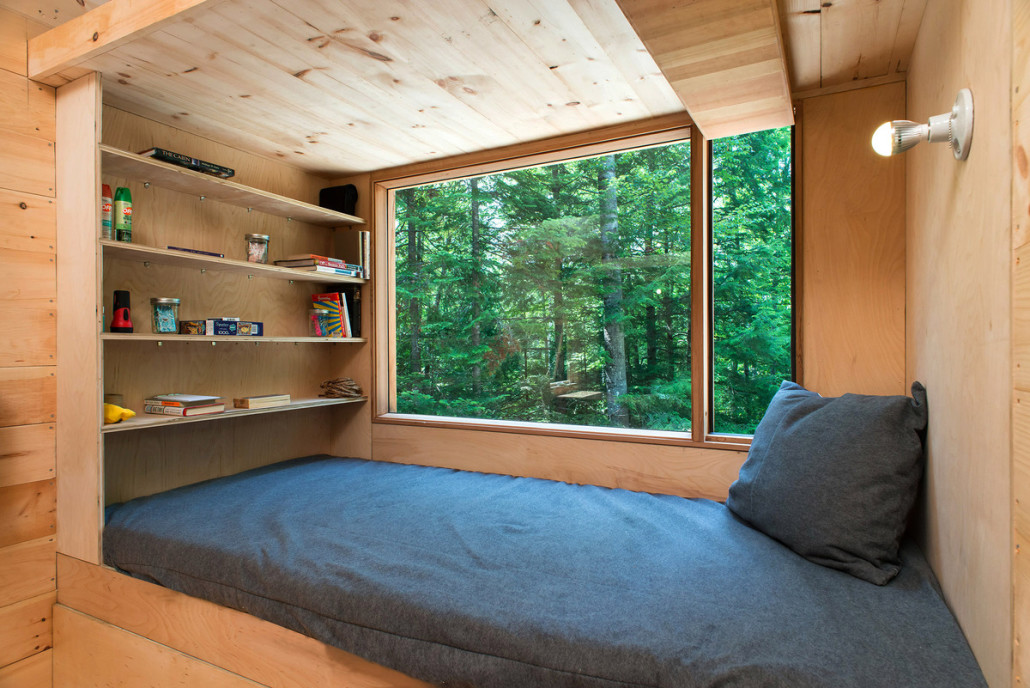 To meet that need, the pair built their houses without Wi-Fi and decided to make the location of the house a surprise until 24 hours before the stay. Guests get to see pictures of the houses before booking, because the efficient use of space is part of the experience. Beyond that, Getaway promises serene settings within a reasonable cab ride from public transportation. Asked for a little more detail on the locations of the company’s new New York-centric locations, Davis, 26, responded by cryptic e-mail: “Nobody’s leaving the Empire State, all houses are relatively choo-choo accessible, and a quaint town will not be far from reach (though, of course, the point is not to be anywhere, but rather just be …!).”

They struck up a friendship as undergraduates at Harvard after studying with sociologist Robert Putnam, whose book Bowling Alone, published in 2000, charted the decline of community institutions. Davis, who comes from Falls Church, Va., and Staff, from Bemidji, Minn., believed their hometowns shared a kindred exceptionalism as places that retained a sense of community that the rest of the country was losing. 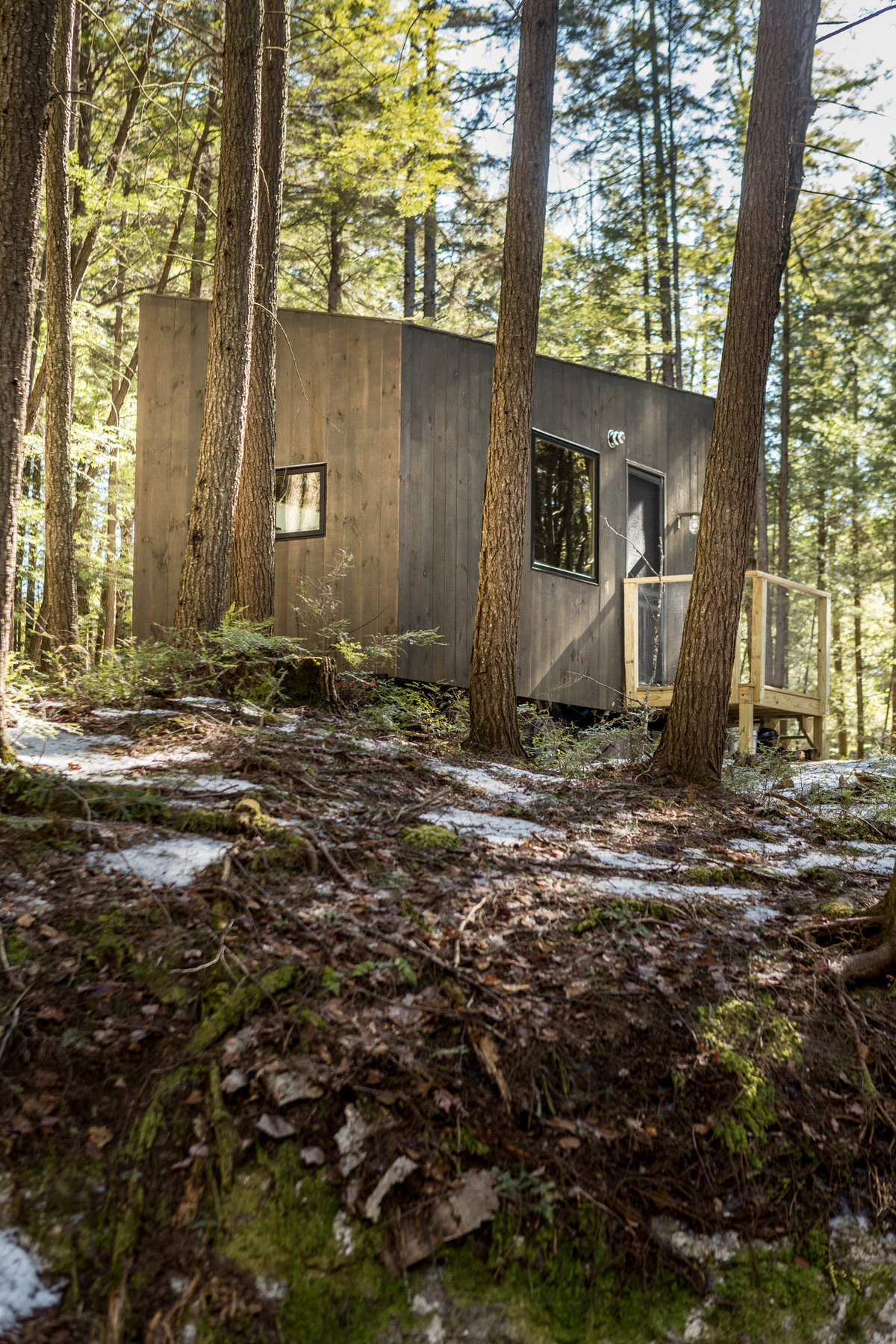 After graduation, Staff worked at a startup that made caffeine inhalers, among other products; Davis, who is two years younger, helped run a campaign to increase Washington’s minimum wage. In the meantime, they noticed that many of the young people they knew were crowding into shared apartments to afford the high costs of big city real estate. “Every 20-something I know is on some kind of Rube Goldberg system of living space,”said Davis. “When we were coming back to Harvard for grad school, we decided if we really care about revitalizing community America, we can’t do it without changing the hardware of cities and towns.” 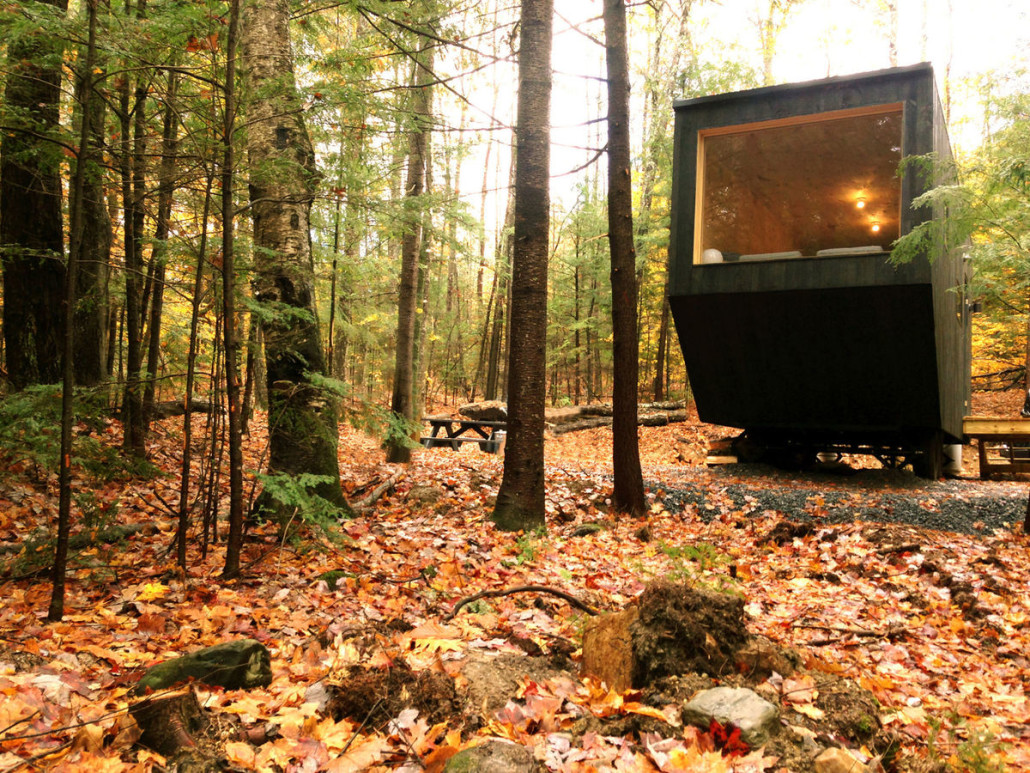 Adds Staff: “Either we should spend less money on housing, which is probably true, or housing should be more about the experience.” Before long, they were reaching out to local architecture and design students and picking their brains on tiny houses.

Tiny houses date back at least to the 1970s, when a backlash to consumerism led early adopters to explore life in smaller quarters. The fascination with extra-small spaces has been sustained through the years by a mix of utopian carpenters and couch-potato voyeurs. For all the blog posts about what an ingenious design student can build with $600 worth of reclaimed wood, the most practical uses seem to be as a low-cost way to provide housing for the homeless (see Tent City Urbanism, for starters) and fodder for reality television (e.g. Tiny House Nation; Tiny House Builders; Tiny House Hunters; Tiny House, Big Living).

Despite the broad interest, small housing can seem more like a niche than a trend. Micro apartments are a sensible way to house young singles, reclaiming larger units for families, but will probably remain more curiosity than housing trend without changes to zoning regulations. Co-living spaces—cult-like adult dorms cooked up in the cauldron of hyperexpensive cities—seem further outside the mainstream. At the national level, the median size of new single-family homes has been steadily rising for 40 years. (Up 60 percent from 1973 to 2014, according to the most recent Census data.) The trend is less pronounced for apartments, but in general, there’s not a ton of evidence that Americans are all that interested in downsizing.

Which may help explain Getaway’s success: It lets guests experience the phenomenon without making a commitment to a new lifestyle. When Staff and Davis starting thinking about doing something with tiny houses, their first inclination was to try to build a whole community of such homes. Then they hit on vacation homes as a path to more immediate impact. (Persuading a small town to issue permits for a 200-square-foot hotel is a lot easier than grappling with big-city zoning codes.) 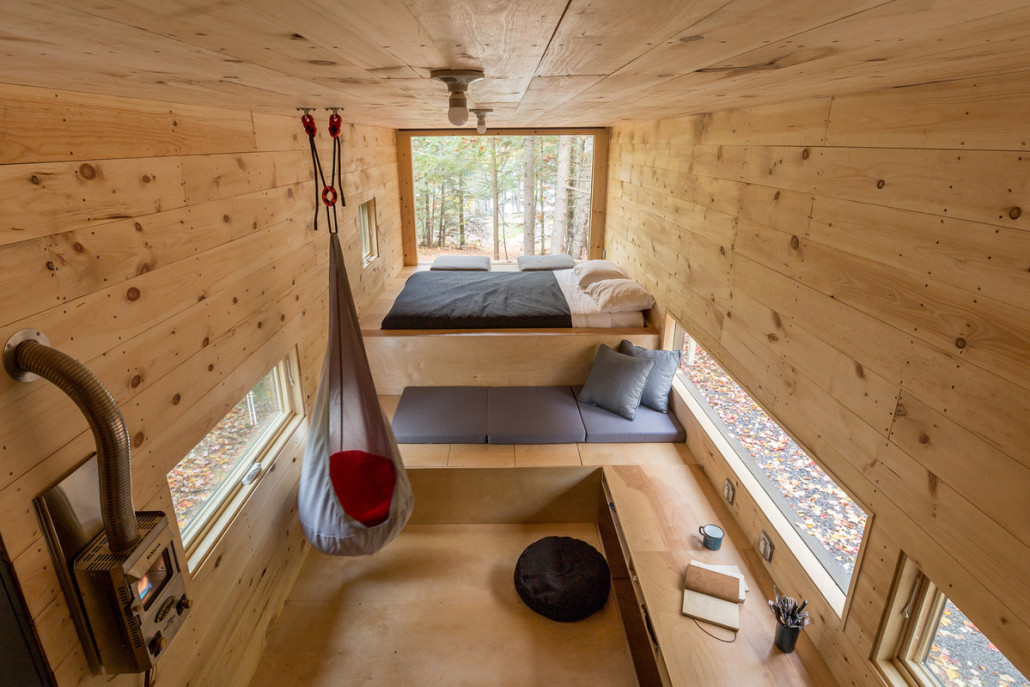 Meanwhile, the pair kept plugging away at their respective grad school careers. They built a mailing of list of hundreds of people who reached out to them about Getaway and used those connections to fashion a group called the Millennial Housing Lab, which they hope will function as an informal trade group for the tiny-house movement.

Staff envisions a network of Getaways in different cities, allowing the company to sell membership packages. Meanwhile, the pair is still trying to persuade a town or city to grant them permission to build a tiny-house village.

“The core of all this is community building,” Staff said. “How do we get people to know their neighbors again?” Asked how the remoteness of tiny hotels on rural land relates to community, Staff tells the story of a five-month road trip he took in a refurbished Airstream trailer before starting business school. During that adventure, Staff met an architecture student in Bozeman, Mont. The two kept in touch online and now work together at Getaway.

“Neighbors don’t have to be on the other side of a fence,” Staff said.