In July, Bruce Lindsey, dean of the Sam Fox School of Design & Visual Arts’ College of Architecture and Graduate School of Architecture & Urban Design, began his one-year term as president of the ACSA, which today represents more than 250 schools and 5,000 individual members. 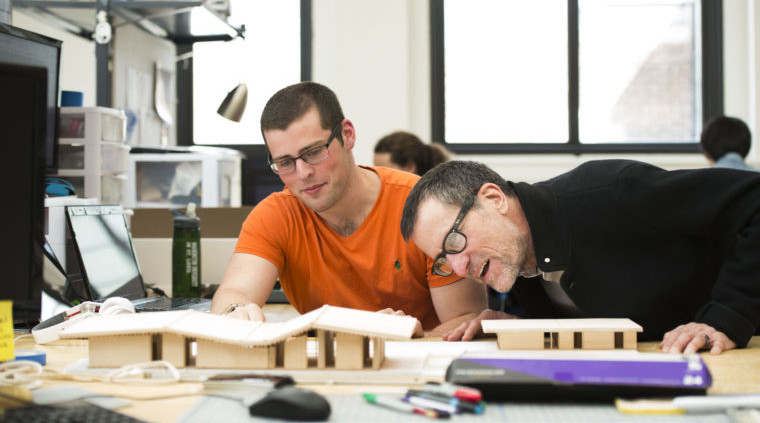 Since its launch in 1912, the Association of Collegiate Schools of Architecture(ACSA) has grown from 10 charter members — including Washington University — to become the primary professional organization representing architecture faculty across the United States and Canada.

In July, Bruce Lindsey, dean of the Sam Fox School of Design & Visual Arts’ College of Architecture and Graduate School of Architecture & Urban Design, began his one-year term as president of the ACSA, which today represents more than 250 schools and 5,000 individual members.

Lindsey, who also serves as the E. Desmond Lee Professor for Community Collaboration, discusses the challenges, benefits and responsibilities of architectural education.

Describe your architectural beginnings. What first drew you to the field?

In third grade, I met an architect. (Laughs.) It stuck in my memory because I grew up in a small town and I’d never met an architect before — I didn’t know what they did. Ironically, as it turned out, that architect would become my father-in-law.

In high school, I took two semesters of drafting. It was an interesting subject because it was so different from regular course work. Second semester, I designed an A-frame cabin. I still have the drawings.

You studied art at Boise State and the University of Utah, then worked in construction before earning your master’s in architecture from Yale. How have things changed since you were a student?

I graduated from Yale in 1986, right on the heels of postmodernism. There was a real emphasis, which continues to this day, on exposing students to as many different points of view as possible. The idea is that diversity allows you to develop your own voice and your own point of view.

I was also part of something called the Yale Building Workshop, which was a pretty radical idea in terms of architectural education. In my second semester, we designed and built a pavilion for Lighthouse Point Park in New Haven. That turned out to be an important experience. When I began teaching at Carnegie Mellon, I integrated some of those ideas into my own first-year design studios.

Building something — the actual construction of it, whether that’s a piece of furniture or a larger-scale project — is a wonderful learning experience.

You went from Carnegie Mellon to Auburn University, where you led the school of architecture. You also co-directed the school’s acclaimed Rural Studio, which creates high-quality housing in poor rural communities. Talk about that time.

Rural Studio was another early example of a design/build program within a school — one that gained international renown. It’s really the reason that today you’d be hard-pressed to find a school that doesn’t offer those opportunities.

[Founder] Samuel Mockbee was very explicit about how the overwhelming poverty you find in parts of Alabama guided Rural Studio’s development. But he also developed some strong theoretical ideas around who architecture should serve. He really believed that good buildings help people. He talked about the need to shelter the soul as well as the body.

Would it be fair to say that Rural Studio transformed the idea of who a client might be?

Yeah, it sure did. It also structuralized the value of collaborative design. In architecture schools, a typical design project is an individual effort. I would argue that today, the problems we face in environmental design, for example, are so complex that they require teams and interdisciplinary perspectives. In other words, we need to teach collaboration.

That’s a change, over the last 15-20 years, in how architectural education is approached. Design/build projects embody that. Figuring things out, solving unexpected problems, working on real buildings with actual clients — in which there’s something at stake outside your own success — it’s all part of the learning experience. There’s great satisfaction in saying not only ‘we did that,’ but ‘we helped each other do that.’

The writer and surgeon Atul Gawande has discussed a similar movement — from individual to team practice — in medicine. Has this sort of thinking shaped the Sam Fox School’s new Center for Health Research & Design?

In part. There are growing bodies of research about the relationship between the built environment and our own health. That understanding is at the heart of the Affordable Care Act. Hospitals now have what they call communities of responsibility — that is, hospitals are seen as the last resort; the first resort is community.

For instance, there’s a comorbidity between diabetes and depression, and one of the most viable treatments for depression, outside of pharmaceuticals, is exercise. So, how can we design communities to promote walkability? It’s a powerful idea.

Years ago I was working on a project about universal housing design. One of our consultants, who was quadriplegic, said something I’ve never forgotten: “My disability is often an environmental problem. When a curb cut allows my wheelchair to access the sidewalk, I’m not disabled — I’m enabled by my environment.”

Aside from environmental and health-care design, what do you see as the most important issues in architecture? What are the major problems facing the field?

To me, the value of architecture is directly related to diversity. Not only in the sense that the profession should look like the communities it serves, but also in the kinds of influence that come from different perspectives.

Shortly after your arrival at WashU, in 2006, the Sam Fox School launched the Alberti Program, which introduces 8- to 15-year-olds to architecture and design. Was that a conscious attempt to address the profession’s broken pipeline?

Yeah. From the beginning, we’ve seen Alberti as a kind of recruitment program. If you introduce these ideas to students when they’re young, it has the potential to really change how they see things in the future. And working with St. Louis Public Schools helps us reach a large population of students who might not otherwise be able to do something like this — which is why we felt that it was important for the program to be free.

We’ve touched on this already, but I’d like to return to the nature of studio-based learning. How, in your view, does it differ from classroom instruction?

Architectural education takes a Renaissance approach. It’s science and technology, it’s art and inspiration, it’s community and environment, it’s local and global. It’s also like learning to play a sport or a musical instrument. We teach architecture by having students literally practice architecture. They learn by doing it again and again and again.

Another dimension is the relationship to drawing. We often think of drawing as an intellectual and aesthetic activity, but it’s also a bodily activity. When I teach drawing, I find that working big — making big drawings with big gestures that really get your arms moving — helps overcome the self-consciousness many students feel.

Our first instinct is to draw the way we write. But kids draw before they can write. It’s one of the fundamental ways they engage the world. So I tell students that we’re not going to learn how to draw — we’re going to remember how to draw. 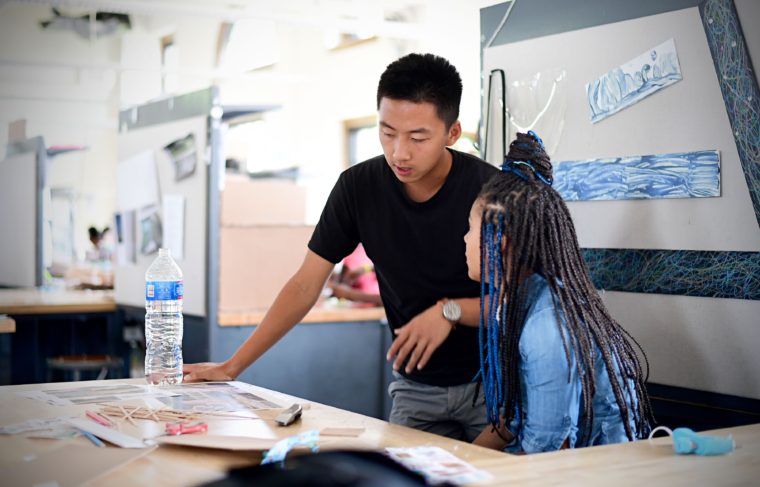 Check out Washington University of St. Louis on StudyArchitecture.com!

Building for the Birds
Scroll to top