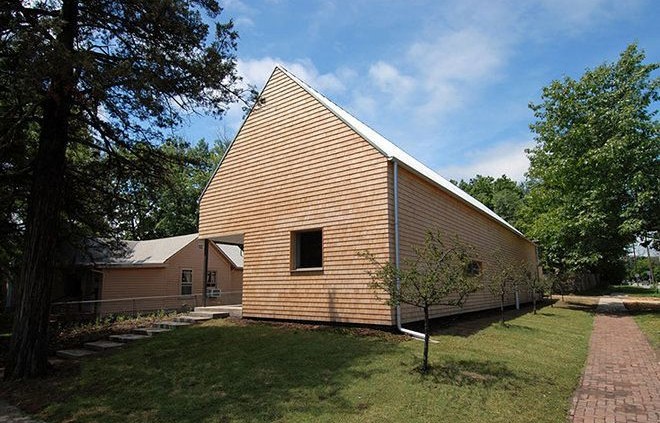 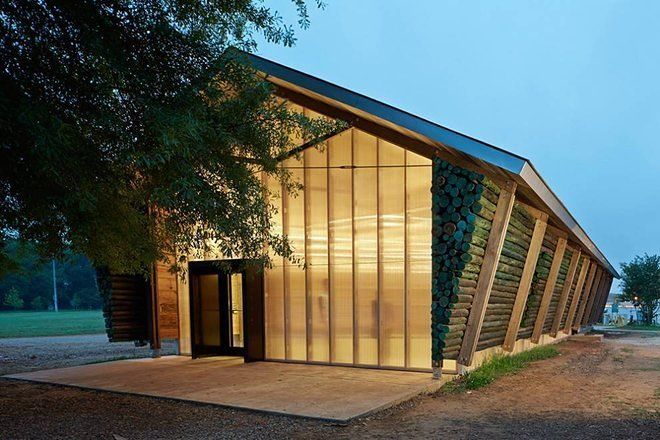 Lions Park Scout Hut designed by Rural Studio participants.
Rural Studio
The granddaddy of design-build programs, Rural Studio, founded by Samuel Mockbee and D. K. Ruth at Auburn in 1993, recruits architecture students to help a long-standing mission to develop affordable housing and community structures for rural western Alabama. The signature project, the $20K House, has been augmented with a series of modernist community structures, including band shells and a Boys & Girls club. Third and fifth year students at Auburn participate, as well as a select number of outreach fellows.

Talk about designing your own learning environment: students in this program actually designed an addition to their own architecture school, complete with a plant wall overflowing with ferns and begonias. Studio 804, a non-profit that works with masters students in their final year at the University of Kansas, focuses on realizing a single, sustainable design each year, and has built up a very green portfolio, including seven LEED Platinum projects and two Passive House certified projects. 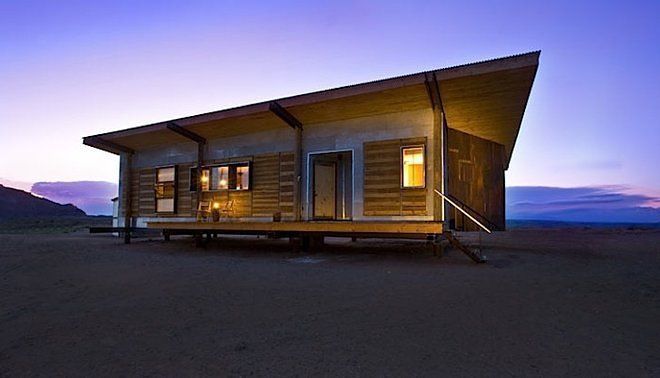 Named after the town of Bluff where it’s based, this immersive program engages students to design and build a project for a member of the Navajo nation. Hank Louis, who founded the program in 2000, drew inspiration from Rural Studio when he came up with the lesson plan. A team of up to 16 students collaborate on a design in the fall, and then in the spring, move 300 miles from Utah’s main campus and relocate to the remote town of 320 in the southeast corner of the state to work in the expansive reservation (which explains the focus on easy-to-maintain, often off-grid homes). 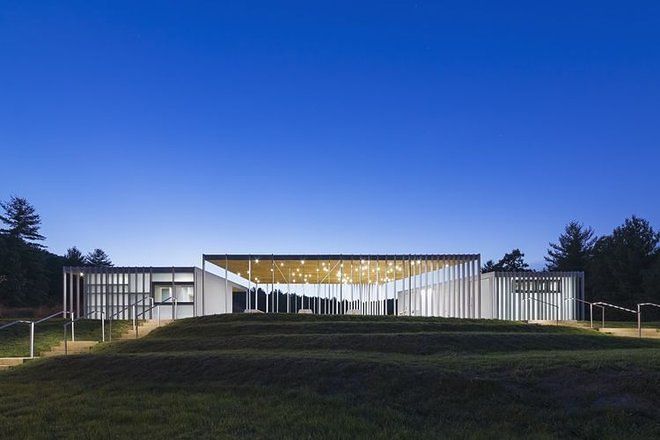 Rural Studio’s impact looms large on other design schools. But in the case of the design/buildLAB, it’s also the placed co-founders, directors and significant others Keith and Marie Zawistowski met. They pair applied the lessons of the storied program to their own, which started in 2008 and focuses on prefab construction methods. 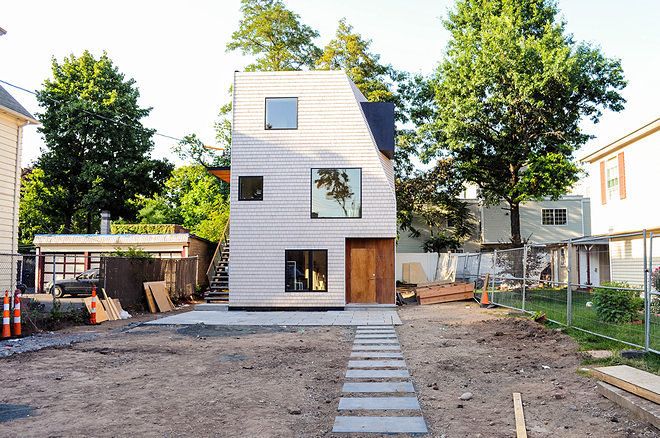 Considered one of the oldest such programs in the country, Yale’s design-build class for first-years requires each graduate student to collaborate to conceive of and finish a home. While the program, which started in the late ’60s, has built as far afield as Appalachia, now, most projects comprise of affordable housing prototypes near New Haven. 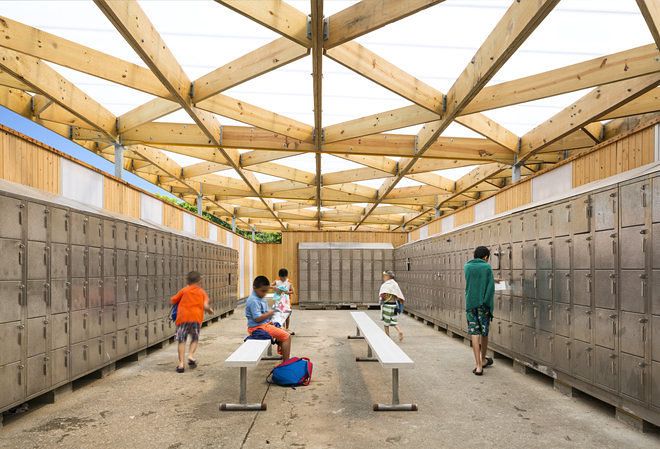 The design-build program at this New York-based institution has evolved over time to become a partner with the New York Department of Parks and Recreation, offering students a unique chance to create public infrastructure and facilities in the nation’s biggest city. Last year’s group of graduate students redesigned an under-utilized pool facility for a Brooklyn neighborhood. 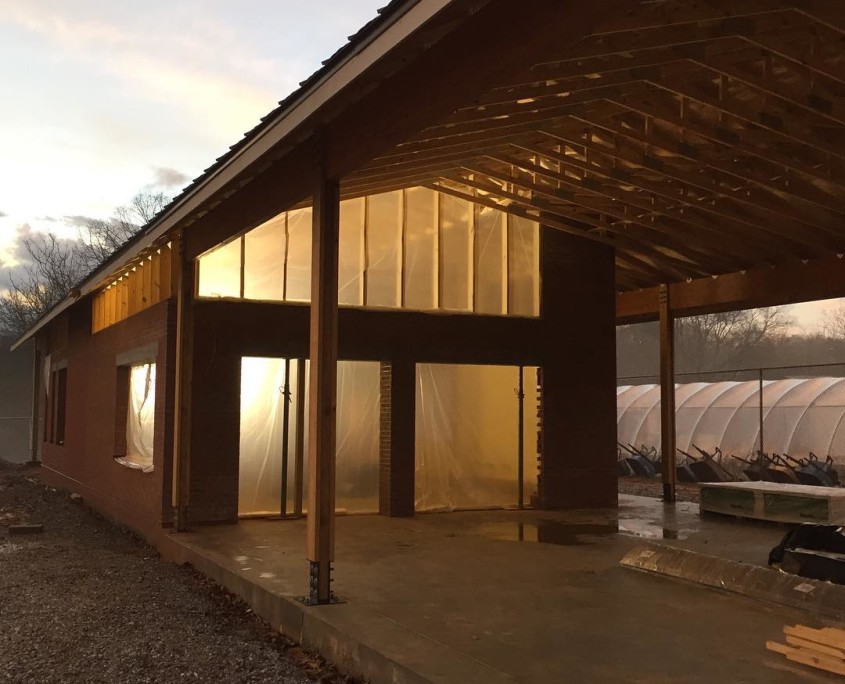 The Design, Build, Evaluate Initiative at the University of Tennessee, Knoxville applies the intellectual resources of the university to challenges in the built environment to achieve the highest levels of design excellence, environmental performance, and social responsibility while developing new knowledge and disseminating lessons learned to academic and professional peers.

As the construction, operation, and maintenance of the built environment accounts for a huge proportion of global energy and resource use, such investigations have the potential to generate tremendous research value while positively affecting the lives of those who inhabit our projects.

Note: This list is not comprehensive. Check out our Search Feature on StudyArchitecture.com!