The Animator: An Unexpected Journey

Eric Saindon, an architecture student turned animator, takes us on a winding journey from Maine to Washington State to Santa Barbara then finally lands in New Zealand where he works for Weta Digital. From crude fly-throughs in school to animating Avatar to The Hobbit to Pete's Dragon, Eric shares about how his education shapes the way he animates. 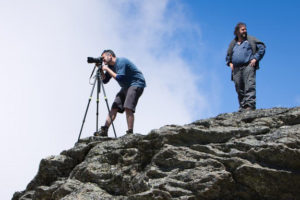 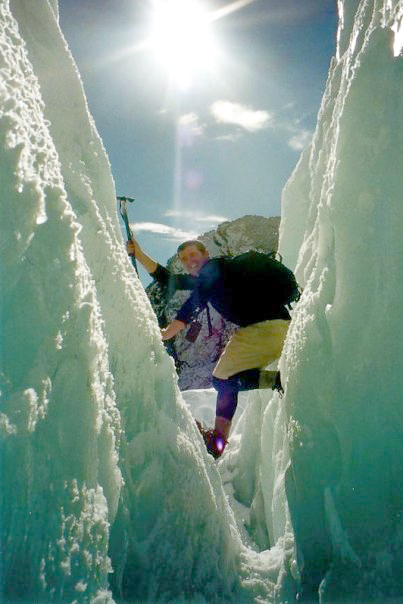 Eric and his ice pic(k)

Can you tell us a bit about your life growing up?
I grew up in Gorham, Maine. It was a very small town, actually. Because I was from Maine, I was into hockey and three-wheeling in the woods and anything to get outdoors. I was a pretty outdoorsy kid and never really did much of anything around computers until much later in life.

So how did you come to study architecture?

I think the first time I thought about architecture was during my junior year of high school. My parents decided to build a house from scratch and it was such a cool thing to see happen… the whole design process. I guess that’s where I first thought that getting into architecture and making something that you could physically experience was a real goal of mine at the time.

It’s interesting because I actually went to a two-year program at Central Maine Technical College for architectural and civil engineering to figure out whether architecture was going to be for me. I was a terrible student in high school. It was definitely from lack of trying. I had taken up snowboarding early in junior high (that was way before snowboarding was even a thing) and me and my buddies were way more interested in going snowboarding than having anything to do with school. It was hard to concentrate on anything when all I wanted to do was to be outside. (Gosh I hope my kids never see this because I’m pretty hard on them about school… laughs).

And then you moved to Washington State…? 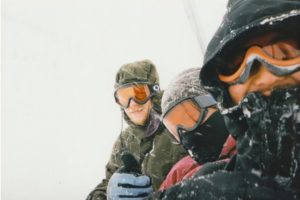 Eric and his favorite past time, snowboarding

Yes. To be honest, I picked Washington State out of a book. I saw all these pictures of these amazing mountains in the snow. I had never really traveled much, just a few trips around the East Coast. So, I thought to myself, “Wow! I can go to school and still play in the snow and go snowboarding.” I applied to the university without really doing much research. So, when I drove cross-country with my snowboard only to find out that Washington State University is in the middle of wheat fields on the flattest part of all of Eastern Washington, at least 3 hours from snowboarding country, I thought “well, I guess I better get into this ‘architecture’ thing.” 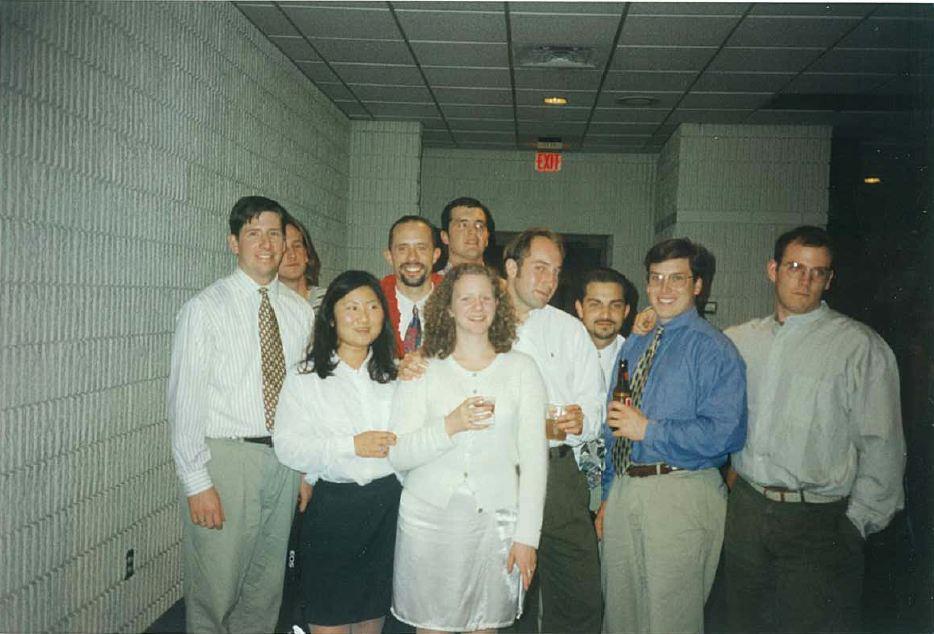 Eric and his architecture classmates at Washington State University 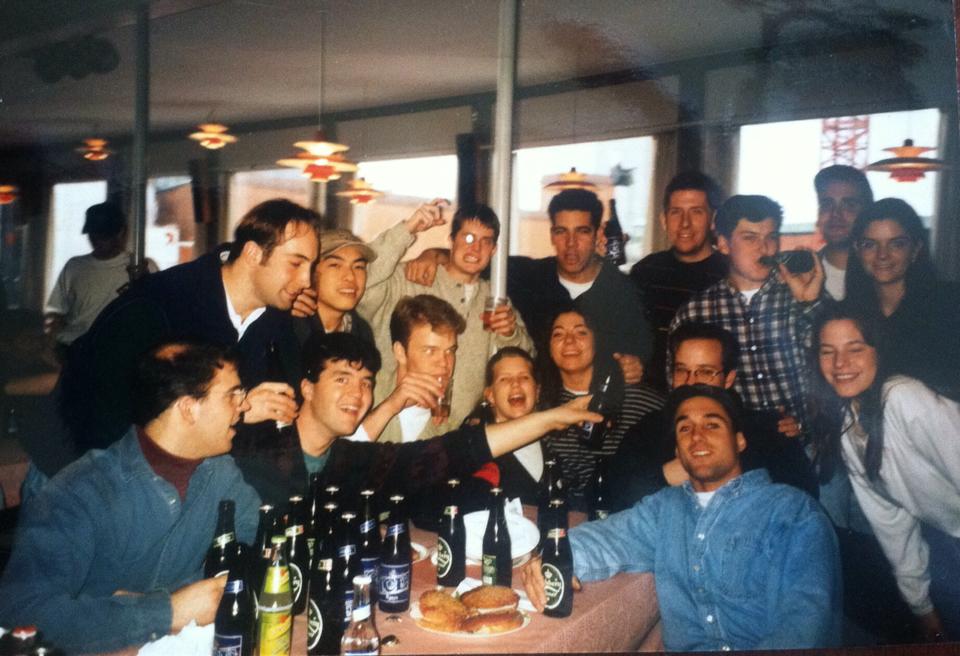 And how did that work out?

I really enjoyed the design process and started getting into computers early on in my design education. I started experimenting with AutoCAD and ArchiCAD and did some crude fly-throughs. None of our professors liked us using computers. I’m sure things have changed but at the time, there were probably only two of us in the whole class who used computers to do anything.

One of the professors, Kim Singers, had a 3D animation class that he taught using Wavefront, a pretty cryptic animation software, at least compared to the standards of today. I took it the first time and really enjoyed it then ended up taking it four more times before I graduated. Kim was a really eccentric teacher who had worked for a time at Industrial Light & Magic on Young Frankenstein, doing little bits of animation.

It was sort of one of those moments, when I was in my third year of architecture school, that I realized, “ It would be cool to be able to just do the design side and not ever have to get into the details. Those animation courses set me on a path to spend the rest of my architecture studies on film projects. For my senior thesis, I designed a theater and film house.

Did you ever think about working for an architecture firm?

Not really. I finished architecture school and then moved to Seattle and lived with some other architecture grads and decided that if I started working at an architecture firm, I may never try to pursue animation. So, I got a job at REI (laughs). After working there for about six months, I started going to these animation group meetings and met Mark Sylvester, who started Alias Wavefront Software in Santa Barbara and gave me my first job. Well I convinced him to give me a job. In 1999, I started at Weta Digital on a six month contract. And now I’ve been here 17 years and there are tons of architects working here. It’s crazy. 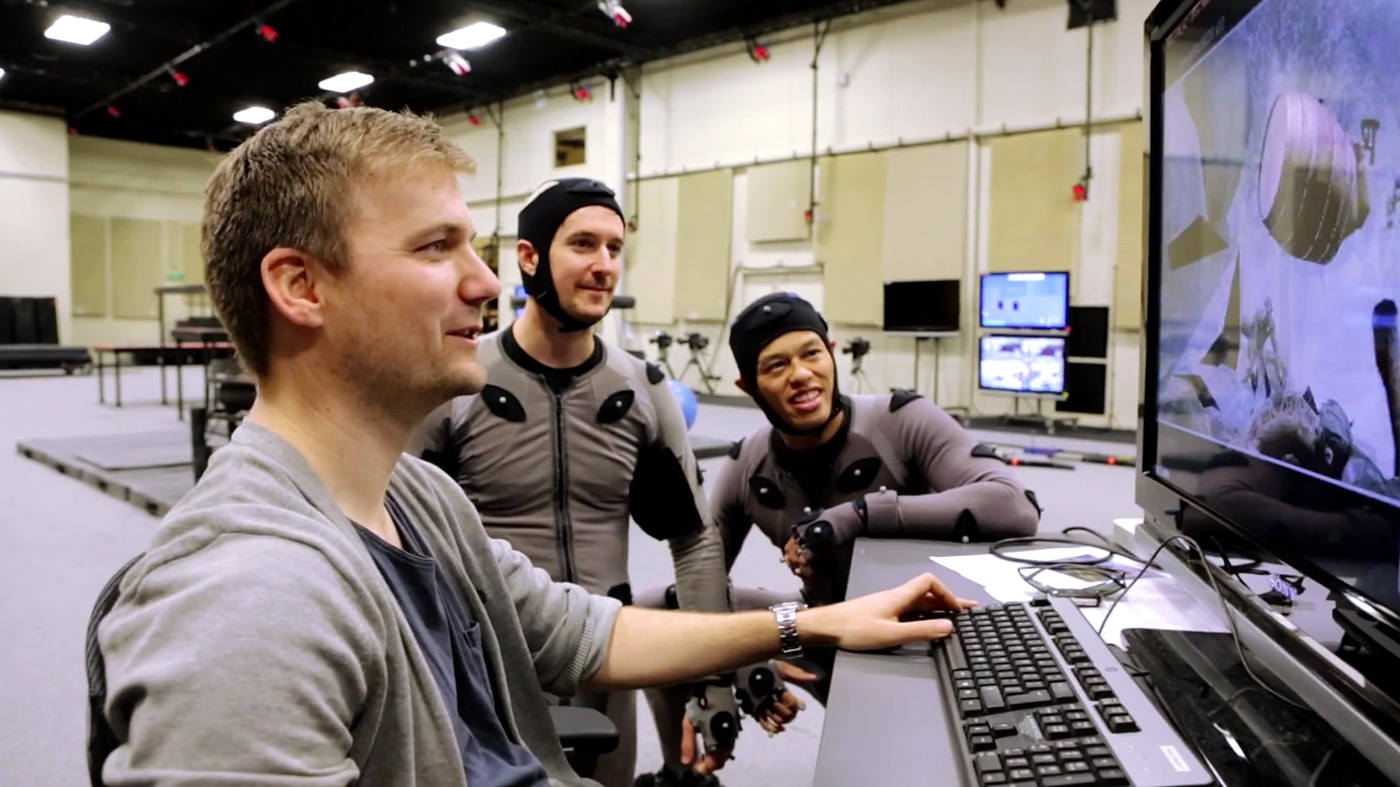 Weta Digital Animators for The Hobbit 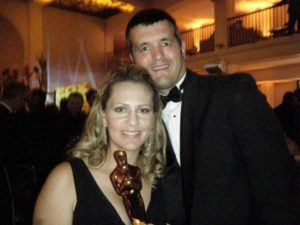 Eric and his wife at the Oscars

It seems like a more common trajectory now, going “career off-roading” rather than on a traditional architectural path.
It’s interesting. You don’t necessarily graduate architecture school thinking that you’ll go to the Oscars someday. My path is certainly an interesting alternative to what my Seattle architecture friends are doing. But they are starting to cross over a little bit. The guys I went to school with are now learning more and more about animation and doing these much more complicated fly-throughs than we ever did in architecture school as a way to help sell their designs. I think the two worlds are merging more than they ever have in the past.

And do you merge in your architecture training for your own work?

Actually right now, I am literally doing urban planning. We’re creating an entirely digital city that will never be built but will be as close to real as possible. People will be able to experience it in the movie. I still get to use some of the skills I learned except I’m not limited by the things like gravity and codes (laughs).

Which skills do you use most often?

To be honest, I use the skills I gained in the third and fourth year of architecture school when we were given more freedom to design wacky things that would never actually get built. I guess I’m still in the “design whatever I want” phase, trying to make something that could be real but I don’t have to worry about how to build it. I feel like I got to stay at that happy place before things got too complicated. That doesn’t really apply when I’m just making furry green dragons though…

Tell us about your work. What kinds of projects do you have from day to day?

It’s really different from day to day. A movie usually takes about a year or so every year feels like something completely different. I started doing Lord of the Rings when I got to New Zealand, then got into King Kong. I went from Hobbits to Orcs to furry apes to robots for iRobot and Avatar.

What have been some of the most rewarding projects you’ve worked on?

That’s a tricky one. I probably should say something like Avatar because it was like the biggest project I had ever worked on, but I really loved my latest project, Pete’s Dragon. There were obviously times of struggle and great challenge but I really enjoyed working with the director, David Lowery. I had a fantastic time working on that film and we talk all the time. But I also learned a lot on Avatar. Jim Cameron is an amazing storyteller and I really admire him.

The Lord of the Rings films were also really great because it was such a small group and the whole thing felt very renegade. Like when I got to Weta, there were only 35 of us and it was a small tight group. It felt like we were doing just something rogue which was exciting. Now, Weta has about 1500 people! 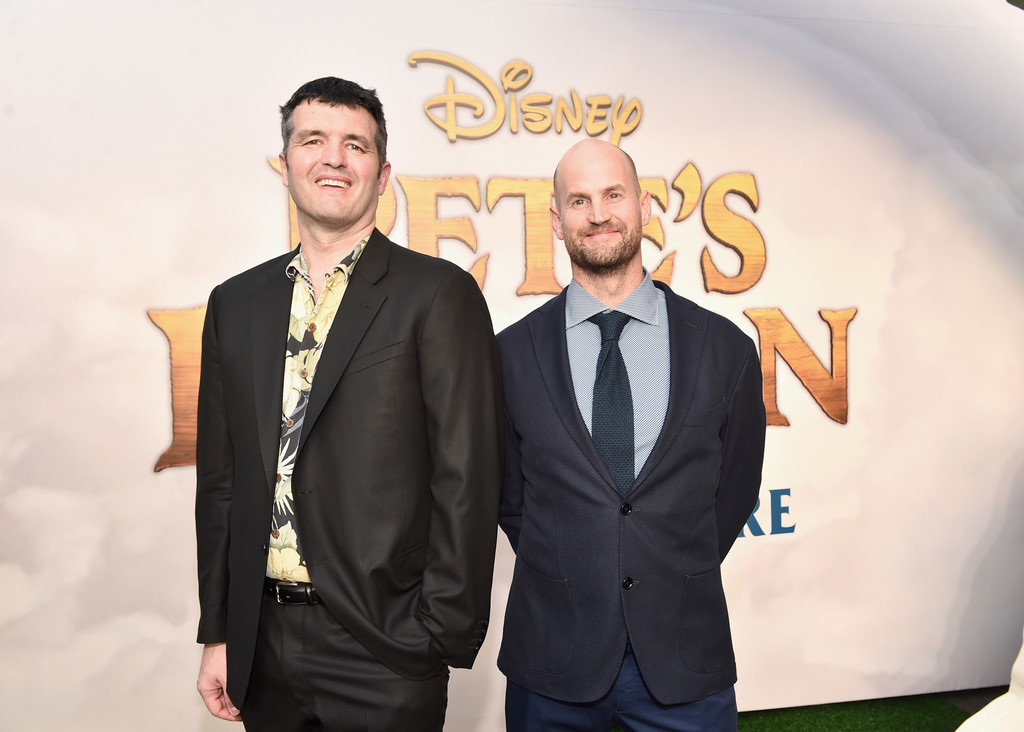 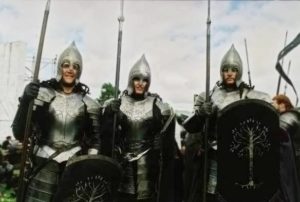 Get it… cutting edge… swords =)

How do you guys stay on the cutting edge?
We have a lot of resources for R&D. There are a few hundred people who are constantly writing new software for us and we’re always upgrading. It can make movies frustrating and rewarding at the same time because with every new movie, we are using a new pieces of software. That said, it’s what helps put us on the leading edge of filmmaking.

What trends/technologies do you see shaping the industry?The new big thing is Virtual Reality (VR).  Every studio is making VR content and setting up movies and shorts using VR and trying to tell stories. It’s a little like 3D in 2006, it was around but until Avatar really showed what could be done with it no one used it in a way to help tell a story.  With VR it’s the same issue.  How do you show the audience where to look at any certain time?  How do you get lighting and composition that is not wacky?  There are a lot of things that need to be worked out before it can really become a thing, but that’s definitely the direction its pushing.

— [See our post about Virtual Reality as a Design Tool!] —

Do you have any specific advice for our audience?

Architecture and Animation are really all about guiding your viewer on what to look at and the experience while you are in the space or watching. Spend time making sure you are doing this in both cases or you will not end up with a experience people will remember.

Another piece of advice I got from a professor about making a portfolio at university was to always put your best work first and don’t just try to fill it out with everything you have done.  Same goes for demo reels for animation.  If I watch a demo reel and I am not inspired by the first thing I see it’s turned off and never seen again. 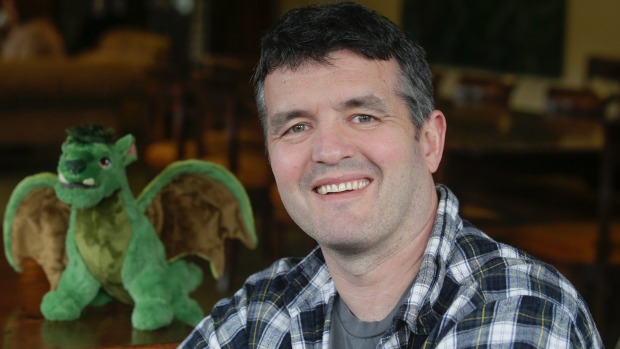 Stay tuned for a new project Eric has been working where he pulled his urban design skills out and put them to good use.

Thanks to Eric for being so generous with his time even with his very busy schedule!

UWM Tells the Story of Washington Park
Scroll to top