“The biophilic sensibility helps us to look at buildings anew, and think about how they can both welcome the natural world and be more naturally pleasing to their human inhabitants,” Tarnay said.

Humans are meant to live in nature, even when they live in cities. University of Virginia architecture professor Tim Beatley calls it “biophilia” – the notion that humans have an innate need to remain closely connected with flora and fauna.

That is the basic premise behind the Biophilic Cities Network, a UVA-led coalition promoting greener cities around the world. On Monday, the nation’s capital became the latest partner city to sign onto the project, joining major international hubs including Shanghai, Singapore, San Francisco and Wellington, New Zealand. Edmonton, Alberta will also become a member next week.

Beatley, founder of the network, joined Tommy Wells, director of Washington’s Department of Energy & Environment, as Wells signed an official pledge committing to a more biophilic capital city. The moment represented the culmination of a yearlong application process that included a unanimous D.C. City Council resolution committing city government to the goals of the Biophilic Cities Network.

“Evidence is really emerging to support biophilia and show that we are happier, healthier and more productive when we are living and working in more nature-full environments,” Beatley said. 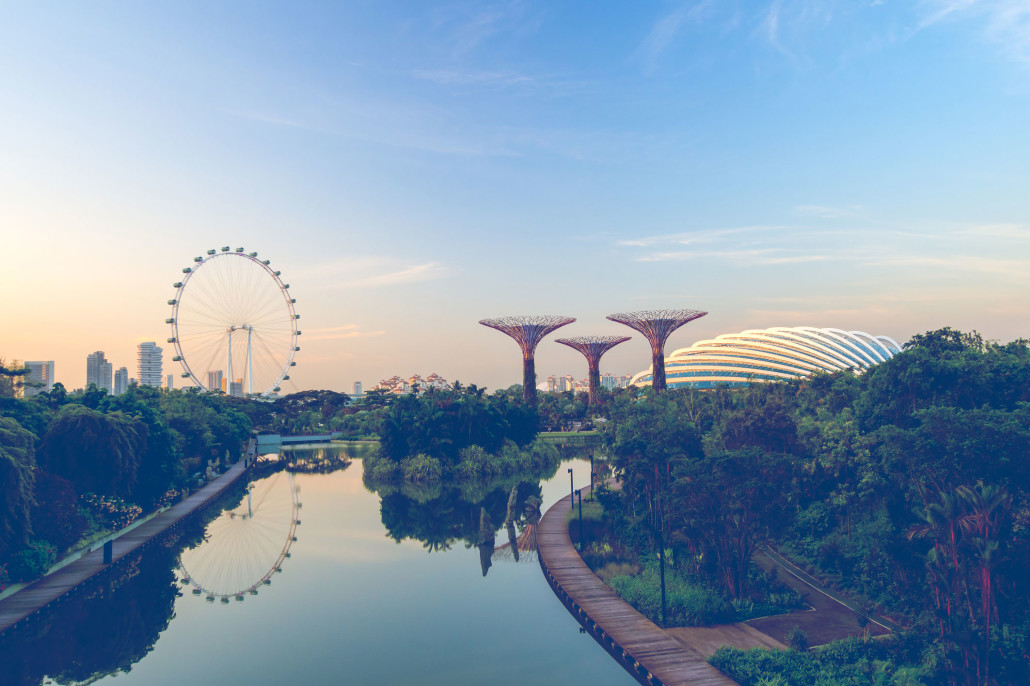 In an increasingly urbanized planet, close and consistent connection to nature has become rare in many places. Millions of people spend hours working indoors, driving or riding public transportation. In order to minimize unsustainable urban sprawl, cities have become increasingly dense, with living and working spaces layered on top of each other and encroaching on parks and other green spaces.

Beatley, the Teresa Heinz Professor of Sustainable Communities in the Department of Urban and Environmental Planning, founded the Biophilic Cities Network with 10 partner cities in 2013. His goal was to help cities preserve natural spaces and prioritize daily contact with nature as critical to human health. Since then, he has led a team of urban planners and students in the School of Architecture helping partner cities find ways to give urbanites more abundant access to nature.

“We want to reimagine cities as places of nature,” Beatley said. “There is already so much nature in cities – trees, birds, parks, aquatic habitats – but there is a lot more we can do to understand, protect and care about that.”

One of the network’s partner cities, Singapore, offers a good example. An island city-state and bustling finance hub, Singapore ranks among the densest cities in the world, packing more than 5 million residents into roughly 277 square miles. The city government committed to creating “A City in a Garden.” City officials have developed a 300-kilometer network of pathways, much of it elevated, connecting parks and greenways. They also have made tree planting, urban gardening and green rooftops a significant part of Singapore’s urban design code and found other creative ways to weave nature into a city dominated by skyscrapers.

The Biophilic Cities Network supports partner cities with research, webinars, handbooks, newsletters and other planning resources, such as guidelines for preparing biophilic city codes. It also fosters communication between partner cities, allowing members to easily share best practices and learn from one another. As the project has grown, officials have visited fellow network cities to tour green spaces and learn about new projects. Most recently, Wellington’s mayor visited city officials in Portland, Oregon, one of the project’s partner cities in the U.S.

“A lot of what we are doing is getting the word out and trying to lead around this idea,” Beatley said. “More cities seem to be gravitating toward the idea.”

In Washington, officials and advocacy groups hope that a biophilic approach will give more of the district’s residents easy access to nature.

“Washington, D.C. is one of the greenest cities in the U.S., with a great park system, two rivers and local parks,” said Stella Tarnay, a UVA alumna and a co-founder of the citizen’s advocacy group Biophilic D.C., which has worked closely with the network. “But it is also a city where we have great inequalities in nature experience, especially among children.”

According to Tarnay, children in neighborhoods with less access to parks and other natural landscapes report higher rates of asthma. One doctor in the district, Dr. Robert Zarr, is part of a group of physicians issuing written prescriptions for time in parks, hoping to combat concerns like childhood obesity and diabetes by encouraging families to spend time outdoors.

“The Biophilic Cities Network gives us an opportunity to really think, from a city-wide point of view, about how we can make nature accessible to the children of the city,” Tarnay said.

She also hopes a biophilic approach will increase Washington’s biodiversity by making space for native wildlife among the city’s buildings and neighborhoods and encouraging residents to connect with those species.

“The biophilic sensibility helps us to look at buildings anew, and think about how they can both welcome the natural world and be more naturally pleasing to their human inhabitants,” Tarnay said.

Both Tarnay and Beatley hope that Washington can learn from other partner cities while standing out as an exemplary biophilic city in America.

“Washington, D.C. is a seat of power that draws people from around the world,” Beatley said. “It really has the potential to show people how biophilic cities could work.”

University of Minnesota Symposium on Architecture and Biology
Scroll to top