After the success of Four O Nine’s “Urban Fabric” rugs, the firm has partnered with designer Elena Manferdini to create “Building Portraits,” a series of limited-edition area rugs that incorporate riffs on Miesian patterns and city grids with more abstract impressions of urbanity. The result, as unveiled in an opening in L.A.’s Chinatown on January 27th, is a mesmerizing blend of texture and architectural imagination. 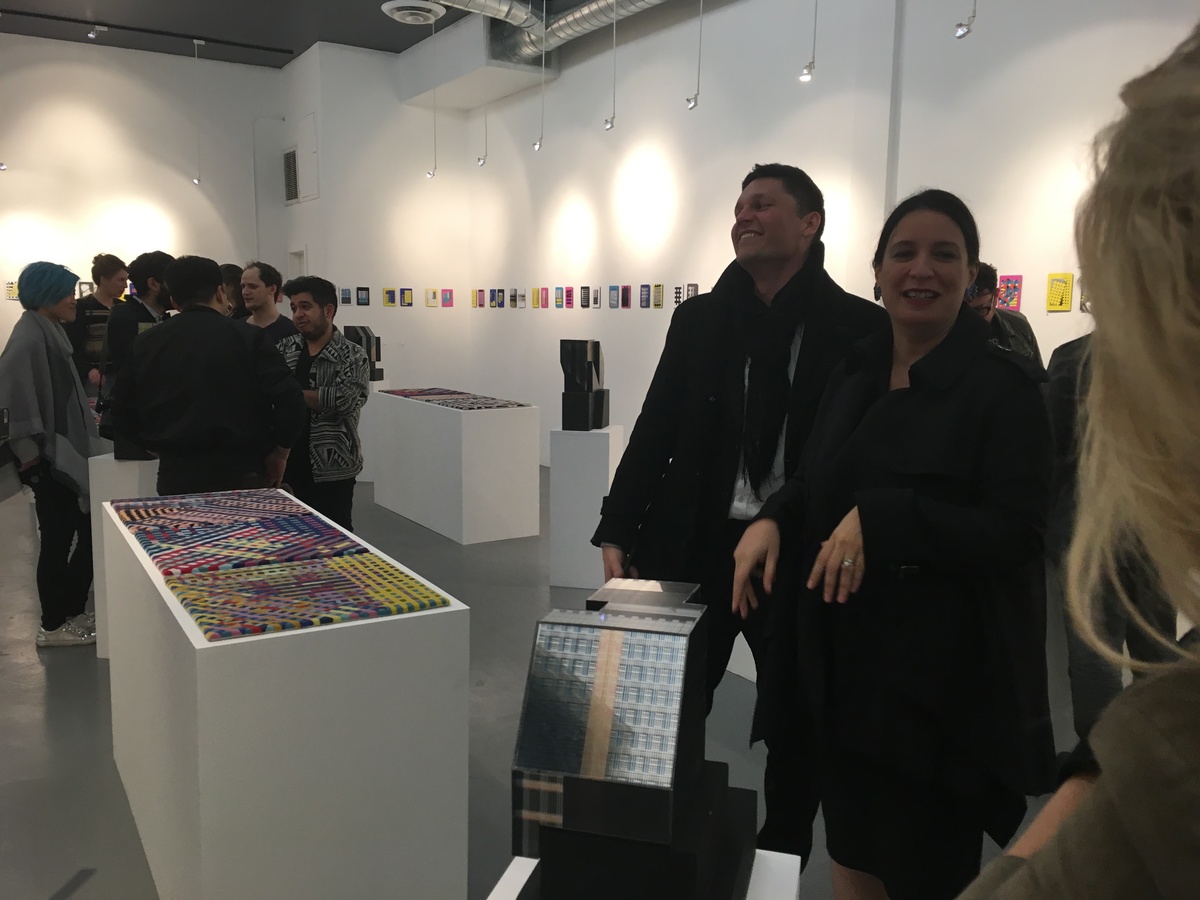 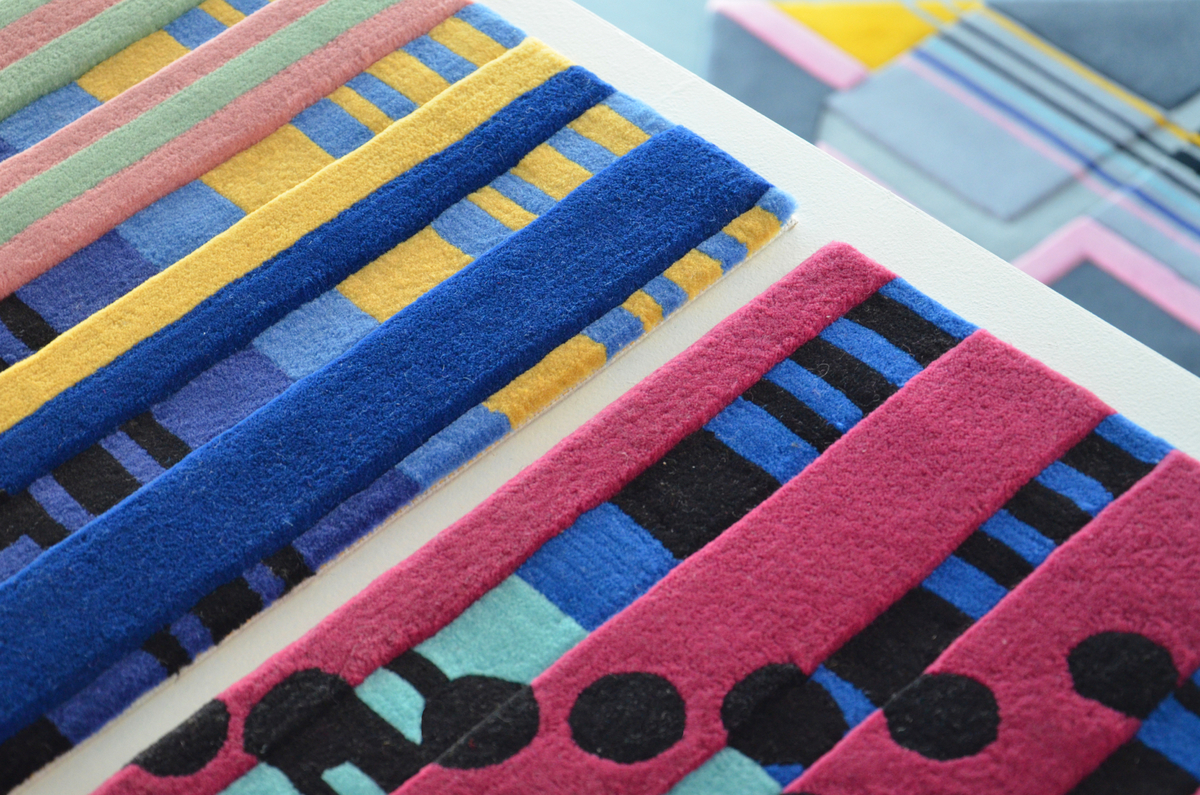 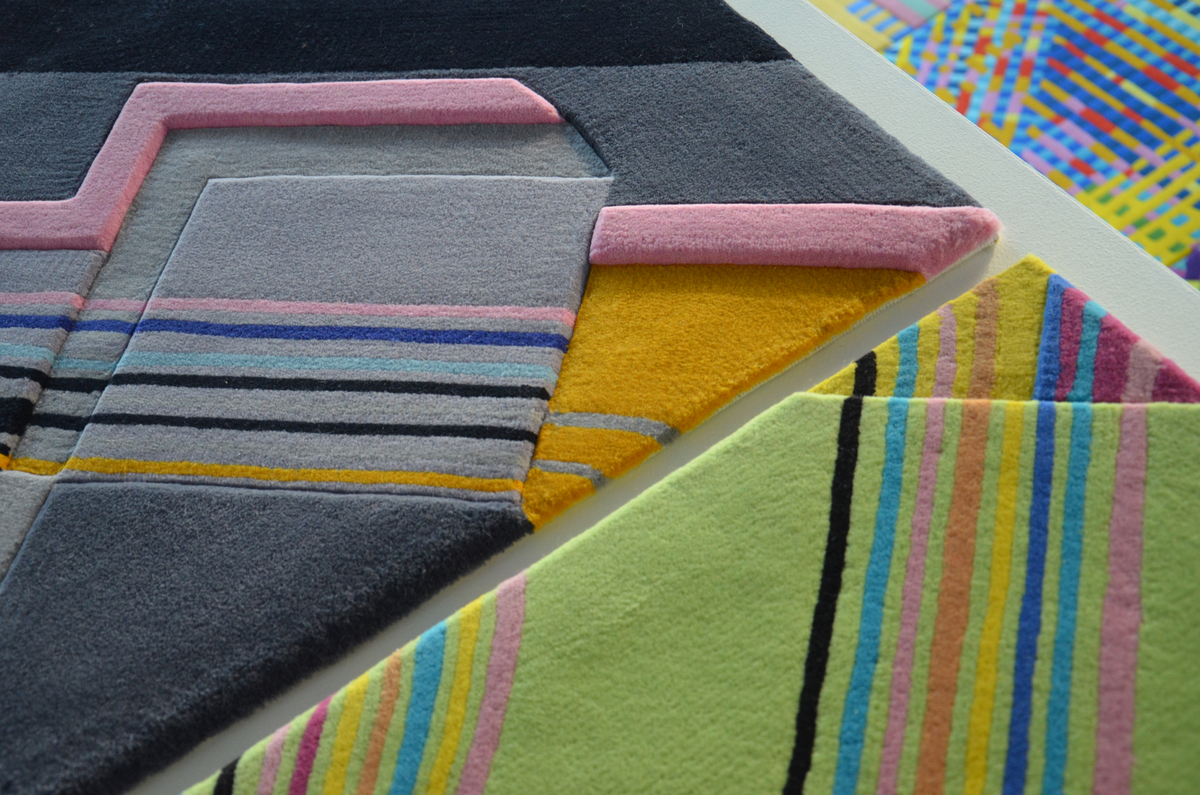 This exploration, if not necessarily redefinition, of the grid is striking. As the world enters an increasingly chaotic time (due both to climate change and widespread political movements that seek to shrink, if not outright capsize, the role of considered diplomacy and international relations), it makes sense to take another look at the role of the grid within design. How can the grid be improved? Does it require a significant transformation? Most importantly, are we thinking about the grid in a way that prevents creative solutions, and if so, how can we refresh that thinking? By pairing art with architecture, the rugs attempt to offer a new perspective on something that is seemingly inviolate in the minds of designers. 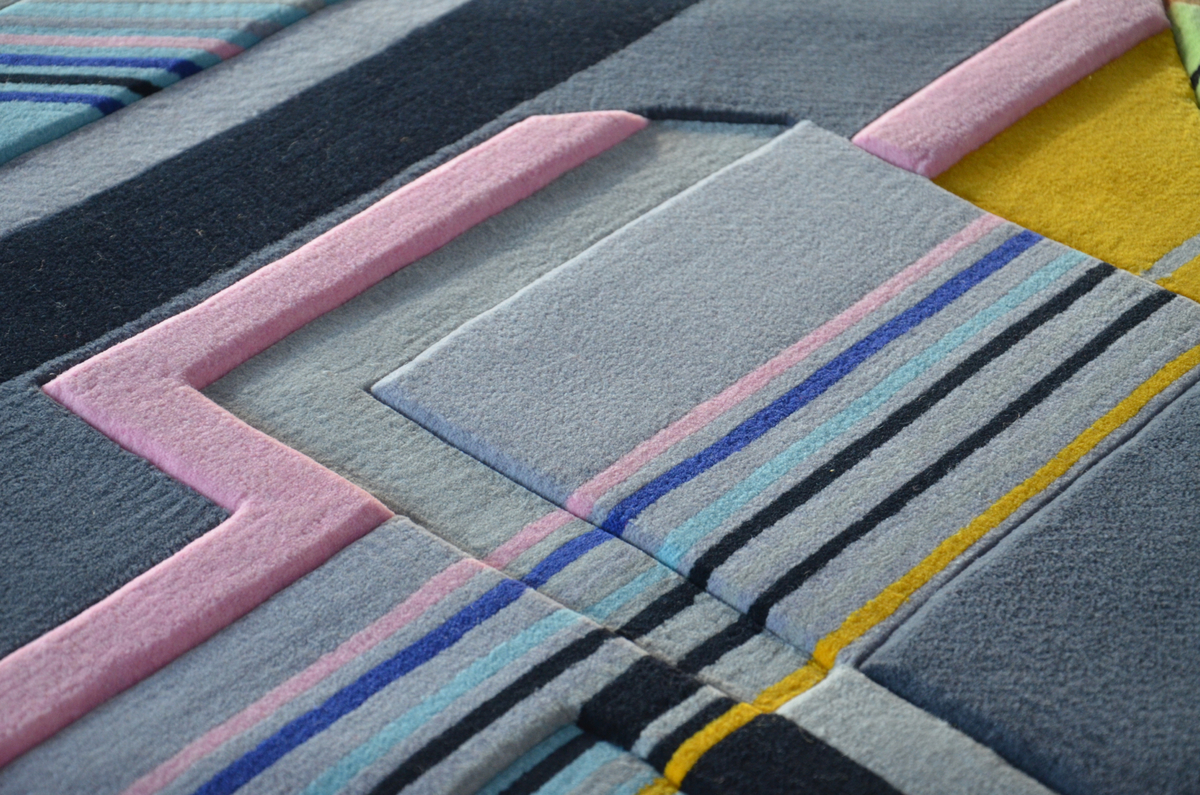 A close-up of a groove that one attendee felt would make a perfect raceway for a model car. Image: Elena Manferdini + Urban Fabric

Of course, there’s a certain amount of joy to be taken just from the physical realities of the rugs themselves, whether or not one contemplates the fundamentals of design. Depending on the lighting, either the colorful patterns or the different heights of the fabric dominate one’s visual field. This is partially why the rugs are so immediately accessible, yet ultimately thought-provoking. By introducing Manferdini’s perceptions of architecture into an inherently tactile experience, the abstraction of the grid is reduced: it becomes, quite literally, graspable. 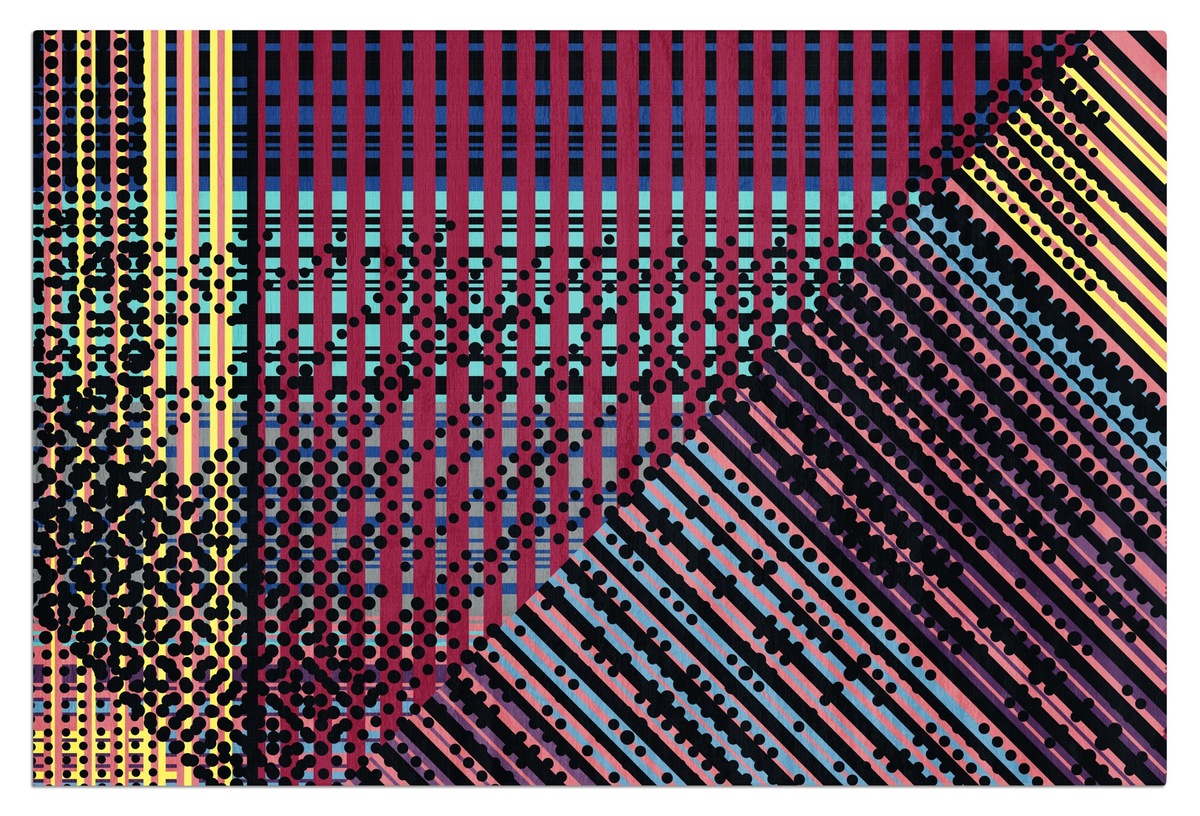 Whether or not five-year-old nephews currently playing on these rugs will grow up to be visionary urban planners, or if the rugs themselves will serve more as beautiful conversation pieces, remains to be seen. Whatever their future, at present the “Building Portraits” series is very much worth taking underfoot.