Why I Studied Architecture: Noor Awad of UW

University of Washington Architecture student, Noor Awad shares why she chose to study architecture and what she hopes to use her degree to design for underprivileged areas or areas that have been negatively impacted by environmental or political factors.

The Switch to Architecture

Going into college, I was positive about what I wanted to study. It had been an interest of mine throughout all of high school and seemed like the most logical route. For two years I was dedicated to this path, but as the time passed, I had a creeping feeling that I was not in the right major. By the end of my sophomore year I could not shake the feeling that biochemistry was not my perfect match.

I had just been accepted into biochemistry towards the end of my sophomore year when I decided to sign up for my first architecture class. Picking a major is stressful no matter how sure you are about what you want to study – the stress only increases the second time around. Trying out architecture was a leap of faith – it was a topic that interested me from a young age, but not something I had ever studied formally. Growing up in a family that loved to flip houses, and traveling to countries with such starkly different cultures, gave me an awareness of the architecture surrounding me. It was the way architecture caught my eye early on and the fascination I had about how buildings were dreamt up that led me to move away from biochemistry and try something new.

The first architecture class I took was a history class – I did not design any buildings, but rather I learned about the Bauhaus and Le Corbusier. I saw how styles changed and evolved over time, how designs considered more than just aesthetics, and how a single architect could change the way people experienced the world. It became clear that architecture is more than just what the eye can see – it is how a space can make a person feel. I was intrigued by how a space could do so much and felt certain that I was on the right track.

I took my first studio class at the start of my junior year. I had no idea what to expect and was pulled out of my comfort zone – long gone were the numbers and systems of biochemistry. I was immersed in a class that required attention to detail, an eye for proportions, a logical mind that could take apart a building and put it back together, and the patience to design and redesign. Though difficult, it was in this studio class that I realized architecture was the best fit for me.

Learning in a studio environment showed me some of the best aspects of studying architecture. What first stood out was the type of work architecture students were expected to do. One of the earliest projects I was assigned was a drawing of three scissors. I quickly realized that in one drawing you must consider how each object interacts with the other, how the negative and positive spaces balance each other, and how positioning one object in a slightly different way could change the message or feeling of the project as a whole. I saw how intentional design had to be and enjoyed that the assignment allowed me to challenge myself and grow, with every iteration.

Eventually, in a later studio, I began to design buildings. I watched as an idea was transformed into something that I could physically hold as a model or see on a poster. It was rewarding and satisfying to see weeks, or months, of hard work in one outcome. The work I was doing as an architecture student was gratifying, exciting, and exactly what I wanted to be doing. 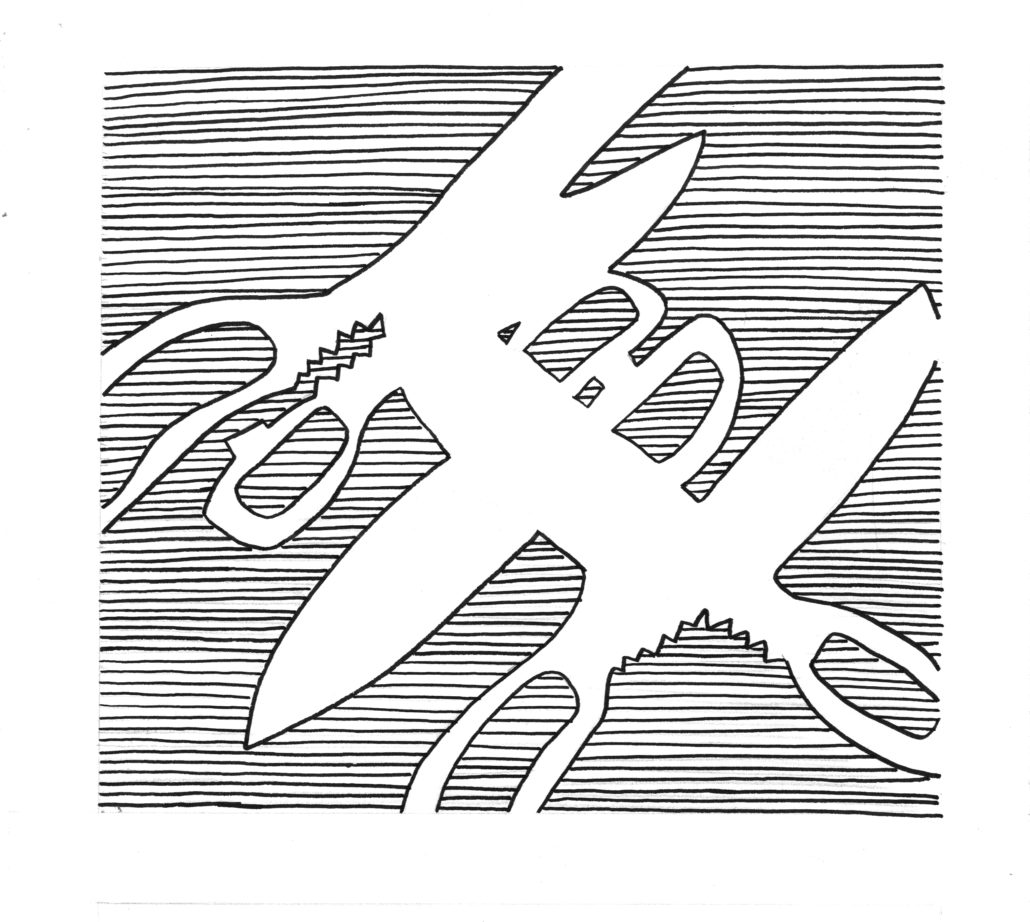 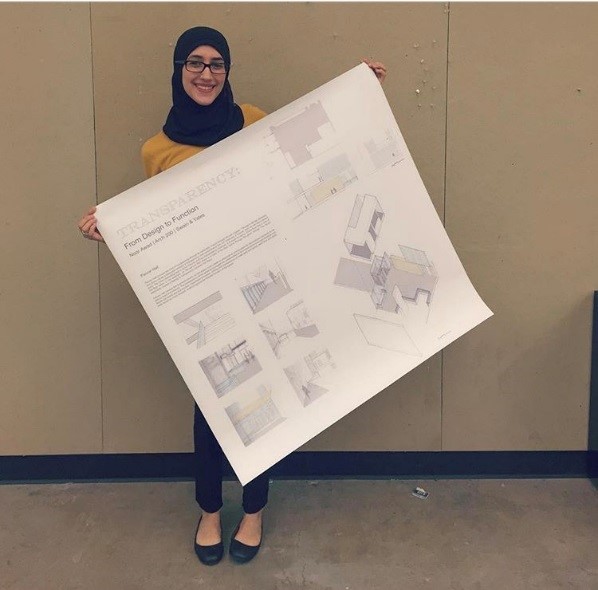 Another aspect that positively stood out to me was the studio culture. Architecture is a unique major that encourages collaboration amongst the students. There is a strong sense of comradery in studio – classmates share ideas, help refine each other’s work, and provide encouragement and support through every step of the design process. The dynamic between the faculty and students was also something that drew me further into architecture. Rather than the typical lecture hall of a couple hundred students with a professor who is a distant figure, architecture professors and students interact daily. Every single one of my professors have known me personally, met with me on multiple occasions outside of studio to discuss projects, and provided the feedback necessary to continuously develop my ideas. The architectural community is unlike any other I have been a part of and something that has heavily shaped my experience as a student. 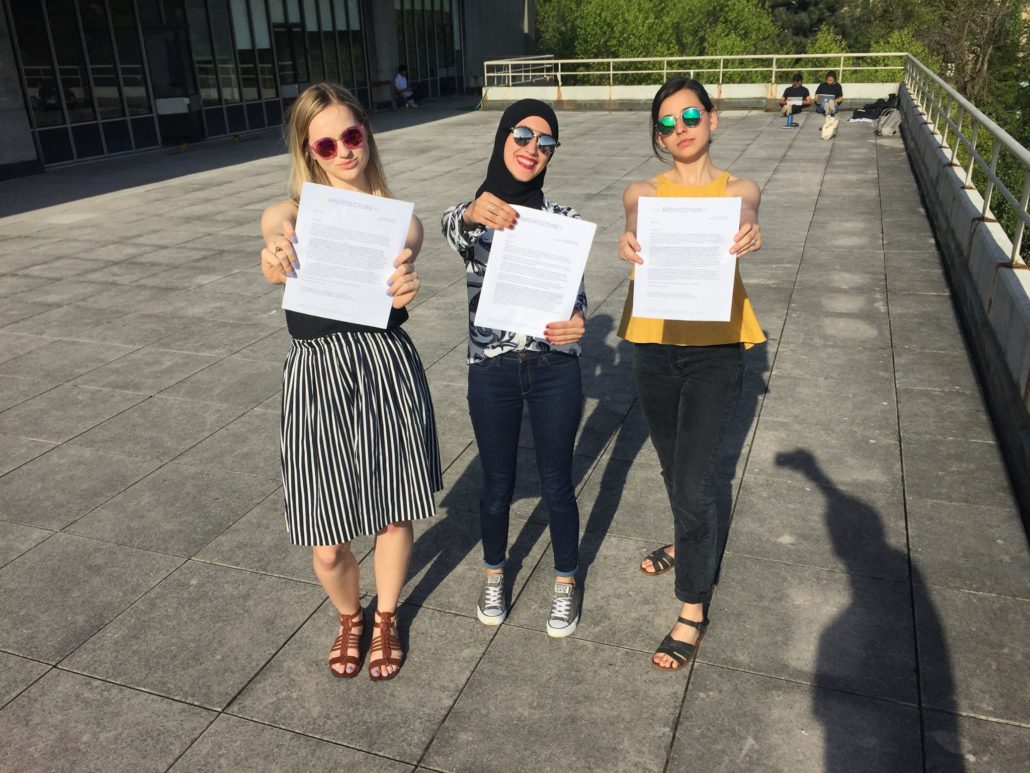 It was during school that architecture hooked me in, but outside of the classroom is where the real benefits and opportunities that come with studying architecture are evident. This year I was able to attend the AIA National Conference on Architecture 2017. It was there that I truly realized just how much impact architecture could have on the world. I heard from architects, like Michael Murphy and Francis Kéré, who were changing their communities. Murphy was designing hospitals that helped patients heal more quickly and comfortably. Kéré was using his designs to bring his community together by creating spaces that they could convene in and be proud of. I even heard from Michelle Obama who came to the conference as her first public appearance since leaving the White House. She warned about how neglecting the architecture of a city could lead to negative impacts on the children who grow up there and gave an outside perspective on the importance of thoughtful design. I learned about how architects have the ability to change and improve lives – more so, I learned that it is an architect’s responsibility to do so. To be able to directly impact a life is what I consider to be the greatest opportunity that architecture has to offer.

Since my first architecture class, the list of reasons why switching to architecture was the right choice has only grown. I currently have the opportunity to intern at Magellan Architects and see firsthand how the architectural process works. I learn something new every single day and am constantly told by the firm’s seasoned architects that their job is never boring because architecture is always changing and each project presents its own unique quarks. Studying architecture has led to opportunities, colleagues, friends, and goals that I never would have had in a different field. I am excited to see where architecture will take me as I continue to grow as a student, expand my community, and strive to impact others through my work.

Noor Awad is a fourth year student at the University of Washington studying Architectural Design with minors in Spanish and Math. Once she graduates, she plans to purse a Master of Architecture degree. Though she says she still undecided as to the specific field she would like to work in, she hopes to design for underprivileged areas or areas that have been negatively impacted by environmental or political factors. In my free time she enjoys traveling, exploring new places, and spending time with friends.

Learn more about the University of Washington.

Want a job when you graduate? Major in Architecture.
Scroll to top