In partnership with Columbus House, students of Yale University Architecture School had the opportunity to put their design skills to work for people experiencing homelessness. 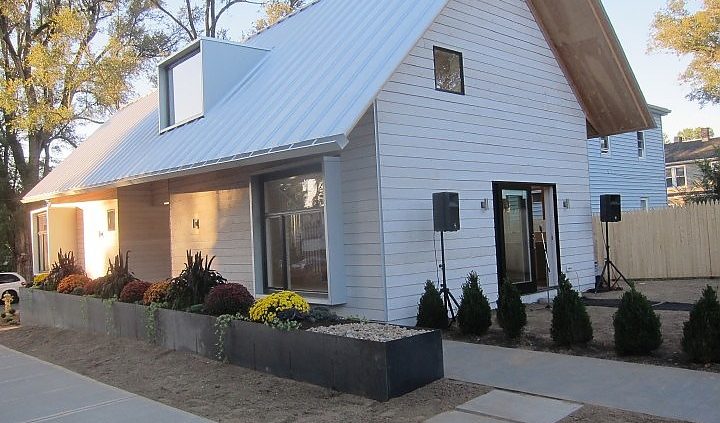 A homeless family will be able to look out onto Adeline Street while cooking dinner and also find privacy in a rock garden, thanks to the design of the latest house Yale architecture students built in New Haven.

Some 200 people came out Monday night to tour and celebrate the new house, the 28th annual home that Yale School of Architecture students have built as part of the Jim Vlock First Year Building Project. This is the first year that a home was designed specifically for the homeless.

The distinctive, many-windowed, pitched-roof modernist house is at 54 Adeline St. in the Hill.

Into it one homeless family and one individual will move next month, sharing a common modernist building with the adjoining units separated by an elegant breeze-way and fronted by a flower-lined path gracing the narrow street.

“Imagine if you were sleeping on a bench last week, and someone gave you keys to your own place [like this],” said Columbus House Chief Executive Officer Alison Cunningham. 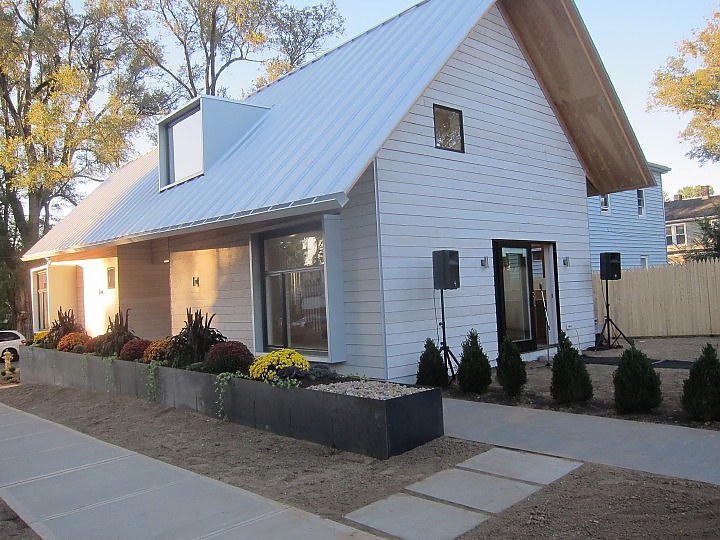 School of Architecture Dean Deborah Burke said when she arrived she had wanted to “deepen” the Vlock Project. That took the form of a partnership with Columbus House, the city’s lead organization in the struggle to end homelessness.

The Valentine Macri Court houses, 17 units of affordable housing also managed by Columbus House, are adjacent to what was an empty lot, and on which 54 Adeline now rises.

Cunningham interacted with the students, brought them to the neighborhood, had them talk with homeless people, all to inform what they were going to build.

Then 53 students in six teams competed for a winning design. When it was chosen, all 53 learned teamwork by helping to fashion most of the components of the house not on site but as prefabricated elements put together in a warehouse on Yale’s West Campus. That was in June and July. 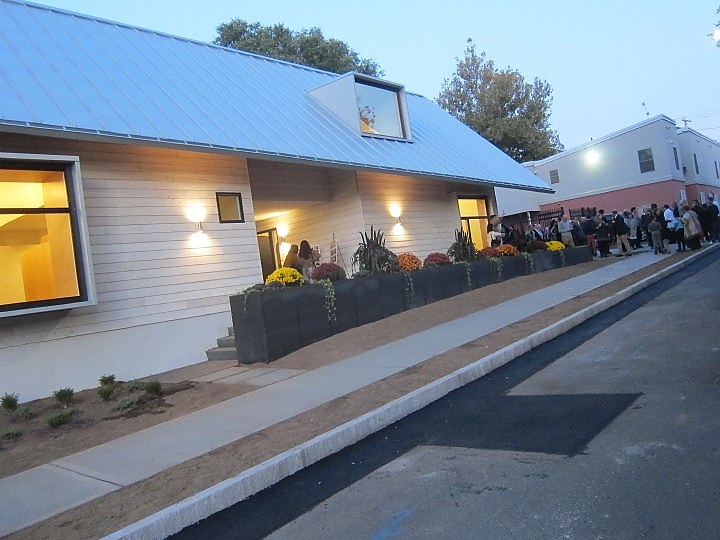 Learn more about the Yale School of architecture, here.

Curious What Students Are Making in Architecture School? Explore #imadethat...
Scroll to top