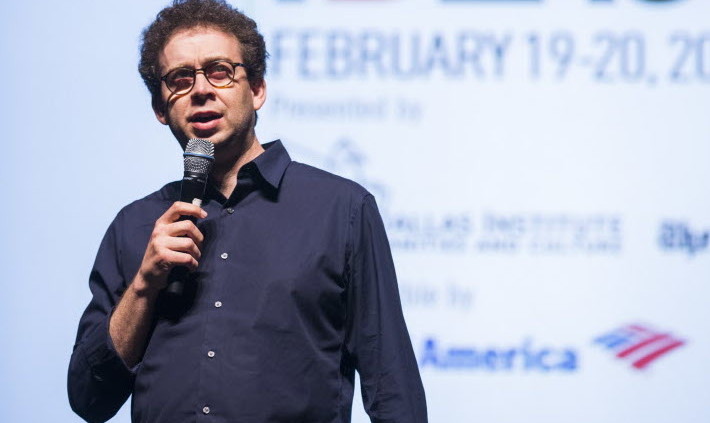 Mark Lamster, the award-winning architecture critic of The Dallas Morning News and a professor in the architecture school at the University of Texas at Arlington, has been awarded a Loeb Fellowship at the Harvard Graduate School of Design.

Lamster, 46, who came to the News in 2013, has distinguished himself through his writing and outspoken criticism. His contributions include helping ignite debate over the future of the Trinity River toll road and calling for the elimination of Interstate 345.

About Fair Park, he had this to say:

“It has become something of a sad joke to note that Fair Park should be renamed Fair Parking. This is not hyperbole: 65 percent of its 277 acres is covered in asphalt or concrete. Nearly all of its historic buildings, collectively land-marked on the National Register of Historic Places, require restoration work, including the centerpiece Hall of State, one of the masterpieces of Dallas architecture and the linchpin of the campus.”

In making its announcement, the Harvard Graduate School of Design credits Lamster with championing “progressive policies, preservation, and higher design standards for all citizens. While elevating the city’s conversation on architecture and urban planning, his writing pressured its leadership to create a preservation task force and new ordinances safeguarding the city’s landmarks.”

Lamster said that, when he came to The News, “there was an expectation that I would expand the idea of architectural criticism beyond simply looking at signature buildings to evaluating the entire built environment. The Loeb fellowship will help me be more effective in this capacity, allowing me to think through my own ideas with some of the most influential figures in urban planning and public policy. I think I’ve had success in describing the physical challenges facing the city, but I’m often asked for solutions. My hope is that, with the fellowship, I’ll be better equipped to respond with productive answers.”

Lamster will report to Harvard near the end of August and will return to The News’ staff full-time next June. He will continue to contribute during his fellowship. Lamster succeeded the late David Dillon as architecture critic. Dillon, he noted, was himself a Loeb Fellow in 1987.

Lamster also is working on a biography of renowned architect Philip Johnson.